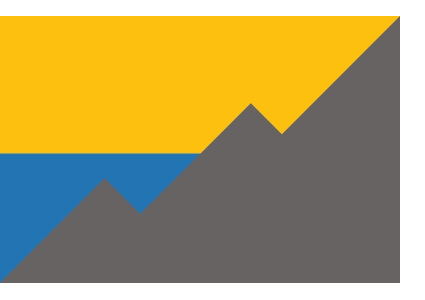 The thumbnail that was closest to my refined design had a sun in the top left corner with multidirectional rays extending to the horizon line and the mountains. I then decided to remove the sun because I wanted to stick to primarily three colors to be simplistic, and I knew I would have to make the sun a different color than yellow if I kept the sky yellow, or use two shades of blue, one for the sky and the other for the ocean. Plus, I eventually thought that the sun rays would be visually distracting. Therefore, in my refined composition with the grids setup, the grids actually helped with the overall geometry and linework, as well as where to place certain mountain points on the gridlines.

Placing the horizon line directly in the middle was somewhat difficult, especially since I had to consider an equal amount of ocean and sunlit sky.

Plus, the composition of the two background colors being solid blue and yellow with the centered horizon line was too identical to the Ukrainian flag, which has the top half solid blue and the bottom half solid yellow. This is why I reversed the background colors to have blue be on the bottom and yellow be on top, along with adding the brownish gray mountain range in the foreground, so I would not be too much of a copycat. 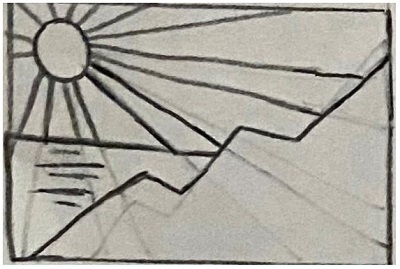 b. Achromatic Layout with Grid 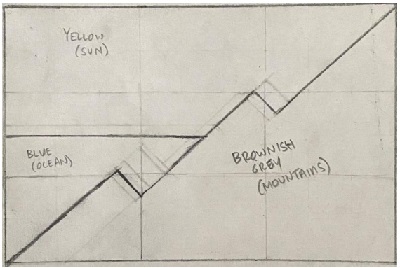 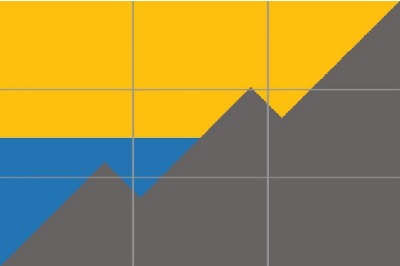